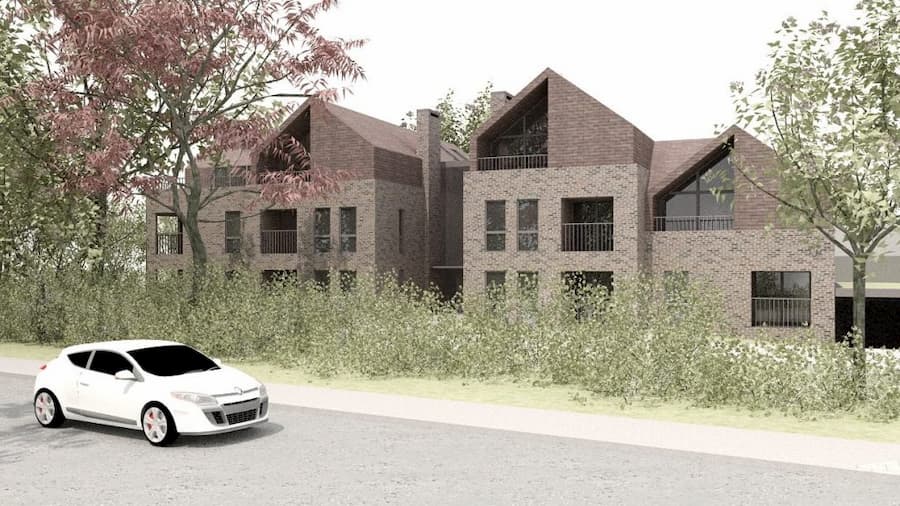 Planning consent has been granted at committee last week for our 14 unit scheme at 291 Hills Road, Cambridge. Local opposition, headed by the Hills Road Residents Association, focused on the lack of affordable housing, however, the proposal was deemed to be fully compliant with the current Local Plan (2006). The new Local Plan, which lowers the affordable threshold to 10 units, is still out for consultation and is not likely to be adopted until later this year. The application has been followed closely by Cambridge Evening News.

In design terms, a contemporary approach has been taken, strongly informed by local character, which it is hoped will create a high-quality and distinctive form of development. Traditional materials such as hung tiles and a red/brown brick are proposed, used in conjunction with reference to familiar 1920's suburban features such as corner bay windows, repetitive gable forms, chimneys, recessed porches and vertically proportioned windows. This approach was fully supported by the case officer and the council’s Urban Design department. The scheme incorporates basement parking in order to retain the landscaped setting on this prominent corner site.